At Strata Data NY, Focus is on Machine Learning and AI 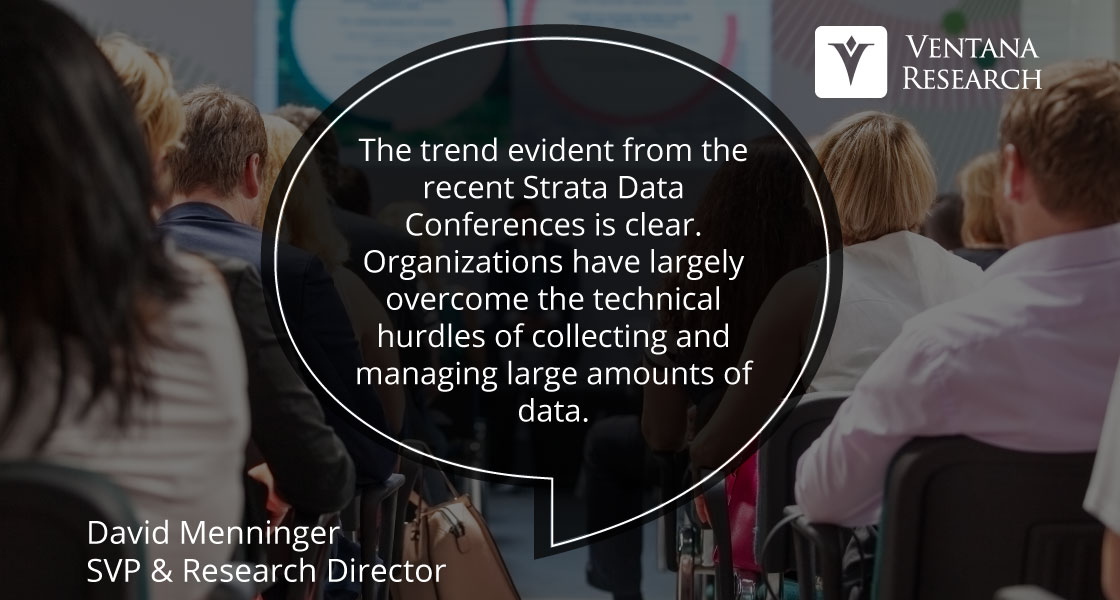 The Strata Data Conference is changing and it’s changing in a good way. At the recent Strata Data Conference in New York, Mike Olson, chief strategy officer at Cloudera, which co-sponsored the event, commented that at prior events we used to talk about the “Hadoop zoo animals,” meaning the various components of the Hadoop ecosystem of which I have written previously. Following last fall’s Strata event, I observed that the conference was evolving to focus on the use of data. Advancing that evolution, this year’s event focused on a particular type of usage: artificial intelligence (AI) and machine learning. The evolution from a focus on zoo animals to a focus on business value using advanced analytics shows further maturation of the big data market.

There’s been some speculation in the market that Hadoop may be disappearing. Some of this speculation has been driven by vendors that have recently downplayed Hadoop in their marketing efforts. For example, the Strata+Hadoop World conference is now known as the Strata Data Conference. The Hadoop Summit is now known as the Dataworks Summit. In Cloudera’s S-1 filing with the SEC for its initial public offering, the term “Hadoop” appears only 14 times, while the term “machine learning” appears 83 times. So, if some of the vendors that created the market appear to be pivoting away from Hadoop, does your organization need to do something similar, or is there a role for Hadoop in your IT architecture?