The Oracle Analytics Summit 2019 was the inaugural user event for Oracle Analytics customers, and they also broadcast the video for thousands of others. You can watch the keynote at https://www.youtube.com/watch?v=eY0IPNqzsy4. Executives talked about some big organizational changes, including Bruno Aziza joining last year to lead the analytics organization. This event marked a transition and "a new beginning" for the Oracle Analytics portfolio, as the company announced three new analytics products. 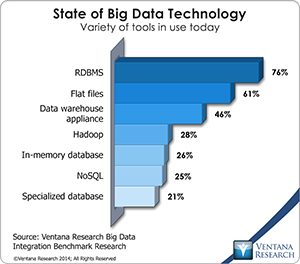 Oracle made several announcements at its recent Open World event demonstrating its strengths in the business computing market but also that it is standing on the shoulders of giants. The company has developed the expertise, processes and market share to scale out the ideas and innovations of others. Don’t get me wrong: That statement is not an indictment. Large organizations often have challenges with innovation. They are not as nimble as their smaller competitors. On the other hand, small organizations often have challenges scaling out their successes. In an earlier post I characterized the software market as a sort of ecosystem, and this is how it works. Large organizations often look to imitate or acquire smaller firms for their innovations.

Oracle kicked off its Open World 2011 conference with the announcement ofExalytics, a new data warehouse appliance specifically for business intelligence (BI). Three years ago when Oracle introduced the Exadata product line it was based on hardware from Hewlett-Packard. Since then it has acquired Sun Microsystems and replaced the HP components in Exadata, assuming complete control over the hardware and software included in the appliance. Oracle also introduced two other appliance products: Exalogic, which is focused on Oracle Applications, and more recently the Oracle Database Machine. Oracle’s new tag line, “Hardware and software, engineered to work together,” indicates its emphasis on these appliances and the potential for more, perhaps even some to be announced at Open World.

Predictive Analytics Are on the Rise

In various forms, business intelligence (BI) – as queries, reporting, dashboards and online analytical processing (OLAP) – is being used increasingly widely. And as basic BI capabilities spread to more organizations, innovative ones increasingly are exploring how to take advantage of the next step in the strategic use of BI: predictive analytics. The trend in Web searches for the phrase “predictive analytics” gives one indication of the rise in interest in this area. From 2004 through 2008, the number of Web search was relatively steady. Beginning in 2009, the number of searches rose significantly and has continued to rise.